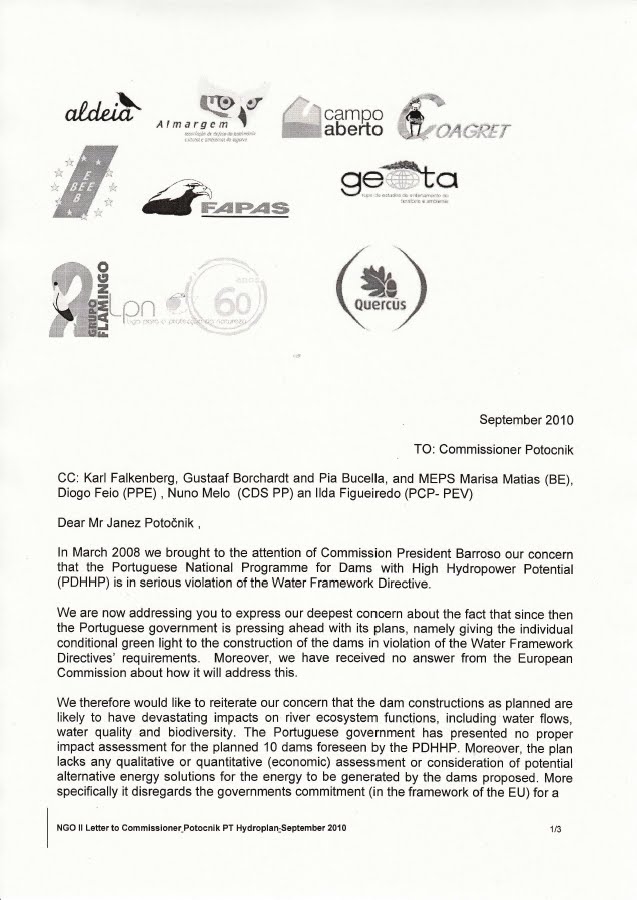 In March 2008 we brought to the attention of Commission President Barroso our concern that the Portuguese National Programme for Dams with High Hydropower Potential (PDHHP) is in serious violation of the Water Framework Directive.

We are now addressing you to express our deepest concern about the fact that since then the Portuguese government is pressing ahead with its plans, namely giving the individual conditional green light to the construction of the dams in violation of the Water Framework Directives' requirements. Moreover, we have received no answer from the European Commission about how it will address this.

We therefore would like to reiterate our concern that the dam constructions as planned are likely to have devastating impacts on river ecosystem functions, including water flows, water quality and biodiversity. The Portuguese government has presented no proper impact assessment for the planned 10 dams foreseen by the PDHHP. Moreover, the plan lacks any qualitative or quantitative (economic) assessment or consideration of potential alternative energy solutions for the energy to be generated by the dams proposed. More specifically it disregards the governments commitment (in the framework of the EU) for a 20% increase in energy efficiency by 2020, and the rapid diversification into cheaper solar and other renewable energy technologies.

Most worryingly, it has not considered the impacts of climate change on water flows.
According to the latest predictions of the IPCC, water availability in Southern Europe will decrease by 40% meaning that hydropower potential will decrease by up to 50% by 2070.

These concerns have been confirmed by the conclusions assessment of the Portuguese National Programme for Dams ofa with study (Technical High Hydropower Potential (PDHHP, by ARCADIS - ATECMA, 7-7-2009) commissioned by the Commission's Environment Directorate which was leaked to the Portuguese press in the end of 2009:

- There is a high probability that the dams will violate the Water Framework Directives quality objectives for water.
- The loss in water flows due to climatic changes has not been factored in, nor has the costs and impacts of this and the loss of sediments on coastal systems.

Despite these clear conclusions the Commission has failed to take a position on the matter or undertaken any efective action. In the meantime the EIA's have been carried out and the Portuguese Government has emitted a conditional green light for seven of the 10 dams, namely the Tua, Alvito, Tâmega Group (except Padroselos) and Fridão dams in its Declarações de Impacte Ambiental (DIA's).

Whilst some of the EIA's - for example of the Fridão and Tamega Group - do recognise that the dams will seriously and irreversibly impact specific aspects of the ecological aquatic integrity (eg the macro-invertebrate and fish communities) of the rivers 1 they do not follow this evidence through to a conclusion on the violation of the WFWD and they do not properly address the other assessment gaps identified by the ARCADIS study Furthermore none of the DIA's, where these lapses could be rectified, require a proper assessment of the missing impacts nor require the projects to ensure that the good ecological status of the rivers, as per the Water Framework Directive. The river basin management plans, which under the Water Framework Directive are the appropriate vehicle for planning hydropower developments, are far from finalised, let alone implemented.
We therefore reiterate our call on the European Commission to take a position on this matter as rapidly as possible and ensure the Water Framework Directive is respected before the dams are built and the damage is irreversible. We firmly believe that Portugal can and will meet its renewable energy objectives including the 2600MW renewables as aspired to in the PDHHP without constructing these dams and without compromising the protection of one of this most crucial of resources: water.
Yours sincerely, on behalf of the undersigning organisations, 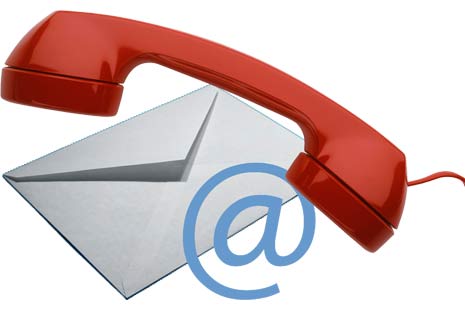 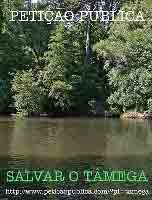 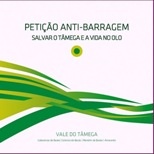 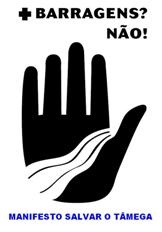 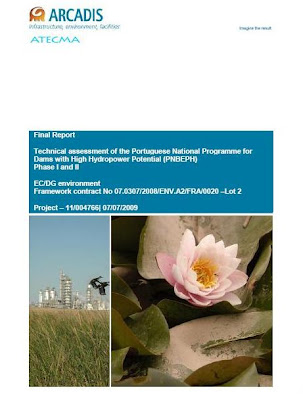 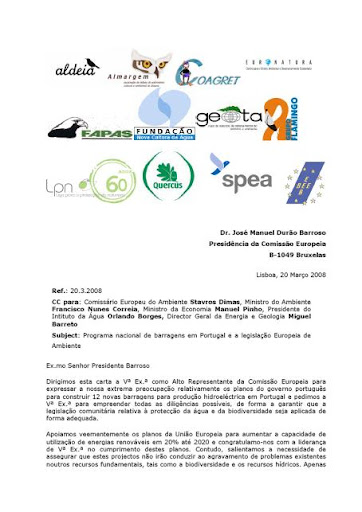 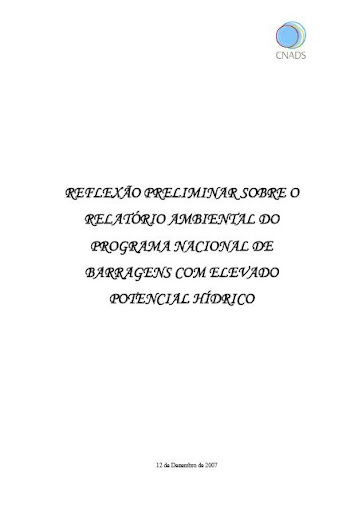 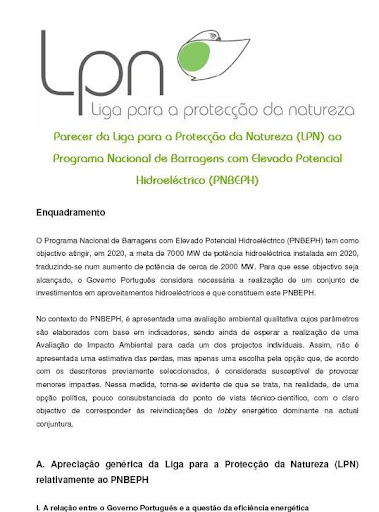 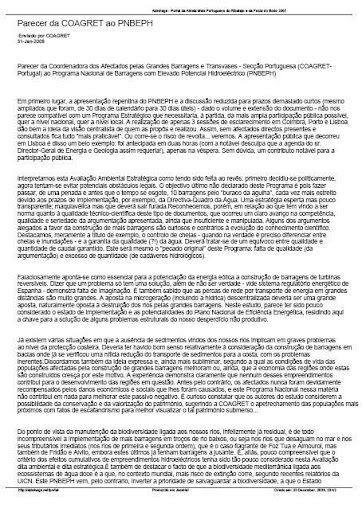 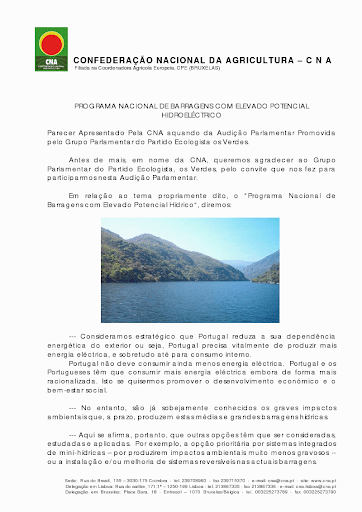 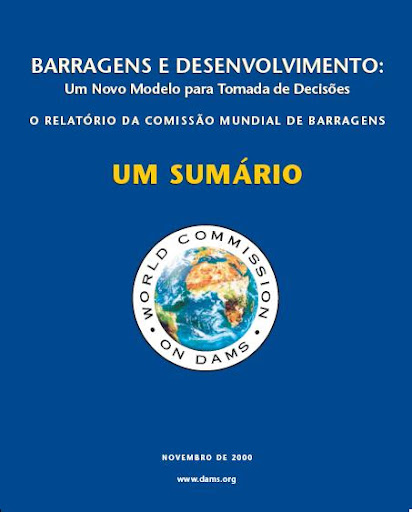 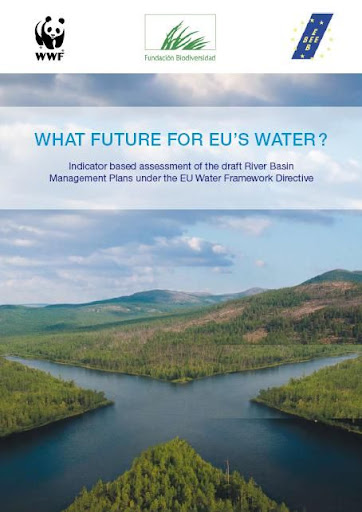